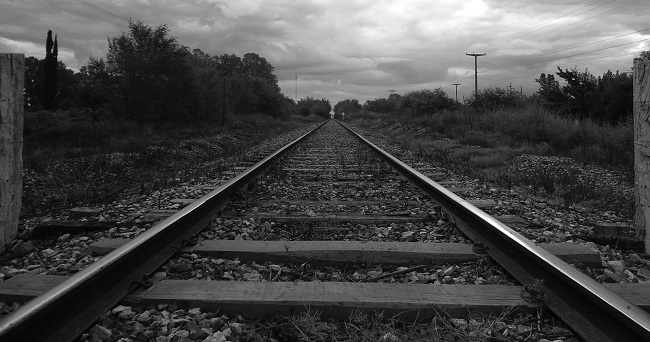 I met her when I was seven years old. I have no idea why or how we ended up befriending each other, all I know is that we met in catechism class on a Sunday morning and that after church her and I begged and pleaded with our respective mothers’ for her to come over to my house for lunch. We won.

That afternoon was spent in giggles as we actively dodged hanging out with my younger siblings (so uncool) and also tried our hands at potion making. Our magic potion involved mixing freshly squeezed grape juice, from the juicy grapes in my family’s backyard, with generously heaped teaspoons of Nestle chocolate powder and water.  It was disgusting – hilariously so.

Why am I writing about her, you might ask?

Because it’s September, which means it’s Suicide Prevention Month…and she took her own life a few years ago and today I really miss her.

The call came on a Saturday morning in early December from a mutual friend of ours. That should have been a warning in itself as this friend of ours is notorious for her dislike for talking on the phone. I remember her returning my greeting with less gusto than I would have liked, her asking me where I was and then…gently, telling me the dreaded news.

I remember my blood running cold and forgetting to breathe. I remember a wail coming out of me that didn’t even sound like it was mine. And I also remember crying out, “I knew this would happen.”

My friend who took her life was a larger than life personality. What many people saw as odd eccentricities, irrational behaviour and erratic impulses, whilst growing up, were all part and parcel of what made her “her” to me. However, in our 20’s that behaviour got more volatile and paranoid that it eventually landed her in a mental health facility, for a bit.

Africa, in general, is notorious for its disregard of mental health issues. A diagnosis for depression, schizophrenia or manic disorders isn’t always taken seriously – in most cases, those closest to you will insist you are intentionally acting out or orchestrate some sort of non-medical intervention. Sadly, this was the case for my friend.

She became harder to find and the stories that would reach me became more bleak and ominous. Two months before she took her life she resurfaced from oblivion in a frantic state and her loved ones ignored our pleas for her to get help. A month before she took her life my Dad was visiting the city I was staying in and I broke down crying over dinner and shared my mounting fears that something bad was about to happen and I felt helpless to intervene.

So when my fears were sadly realised and I received news of the horrific way she had taken her life I felt sadness…guilt…anger…regret…and relief. That last emotion caught me by surprise. She had been suffering for so long, surrounded by individuals who weren’t taking her cries for help seriously that I was ultimately relieved that she didn’t have to endure such helplessness, disdain and bullsh*t any more. It was not the outcome I had wanted. It was the one I had feared most.

A year after her death I was back home and made the sombre journey to visit her grave. It was one of the most surreal experiences of my life. Many hot tears were shed, a few smart-aleck comments were delivered (“Trust you to have the most palatial and bougie grave site in here”), some of our favourite Alanis Morissette tracks were sung (she would have loved that instead of hymns) but mostly, I apologised over and over again. I had failed her. Us, her friends and family had failed her.

I know I titled this post “How To Save A Life” but it’s not because I actually have the answers, it’s because I am constantly trying to seek out the answers. Losing a friend has taught me not to take Life for granted and has made me hyper-sensitive to any sentiments expressed around me in passing or full-on seriousness that allude to “Maybe it would be better I wasn’t alive” or “My life really sucks and it won’t get better”.

I’m not professing to be some sort of saviour a la “Touched By An Angel” who has a well meaning but misplaced martyr complex. No, what I’m saying is that I am more vigilant about identifying tell-tale signs in those who are struggling. It means I am willing and open to sit with you in silence…or conversation and hear out what is going on with you inside – even if it sounds crazy and frightening to you.

I know first hand the power of reaching out from wading through and navigating some of my own low lows. The strength to reach out beyond your own void of isolation and alienation to speak to a trusted friend or empathetic family member and off-load the ugly thoughts and feelings swirling around in your head; in the full knowledge that they can’t fix or save me, but their willingness to hear me out (non-judgmentally) from a place of love, is everything.  Especially when I  find myself personally entertaining a negative and destructive train of thought.

If I had to put together a winning formula for life saving, it would be:

If you are reading this and feeling super low and don’t feel comfortable reaching out to people you know, I’ve listed some resources down below of organisations who would love nothing more than to hear from you and be there for you.

We are all loved, cherished and appreciated more than we can ever know…especially when we find ourselves struggling in the darkness. So reach out.